A bad diet could cause more deaths than smoking 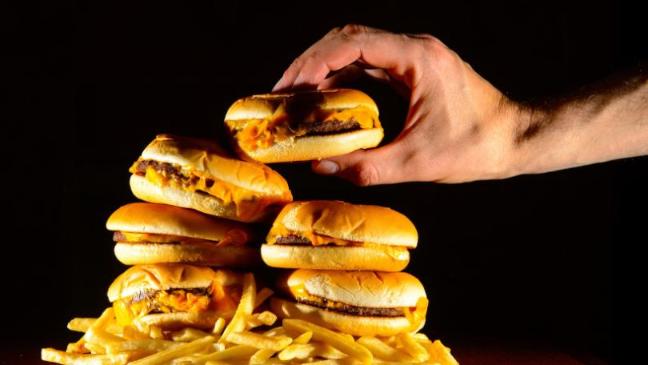 Diets lacking in healthy food are responsible for more deaths across the globe than smoking, a major new study has concluded.

The research, published in British journal The Lancet, claims that around 11 million deaths per year — or one in five — are a result of a poor diet.

The diets cutting lives short were found to be particularly high in salt and too low in whole grains and fruit.

The analysis, part of The Global Burden of Disease Study, saw researchers assess the diets of people in 195 countries using data from surveys, sales, and household expenditure from 1990 to 2017.

“This study shows that poor diet is the leading risk factor for deaths in the majority of the countries of the world,” said study author Ashkan Afshin of the Institute for Health Metrics and Evaluation at the University of Washington.

He added that unhealthy diets are “a larger determinant of ill health than either tobacco or high blood pressure.”

Consuming too much salt and too few whole grains were found to be particularly fatal, with each being responsible for three million deaths.

Not eating enough fruit was linked to a further two million deaths, too.

We should be eating more:

We should be eating less:

Perhaps unsurprisingly, countries where people follow a Mediterranean-style diet were found to have the fewest diet-related deaths: Israel, Spain, and France emerged top in the research, which was funded by the Bill & Melinda Gates Foundation.

At the other end of the spectrum, Uzbekistan, Papua New Guinea, and Afghanistan were found to have the most diet-related deaths.

“Generally, the countries that have a diet close to the Mediterranean diet, which has higher intake of fruits, vegetables, nuts, and healthy oils [including olive oil and omega-3 fatty acids from fish] are the countries where we see the lowest number of [diet-related] deaths,” Afshin said.

The researchers note that there were some limitations to their study — for example, the quality of data varied somewhat between countries, and they also didn’t evaluate the effect of other forms of malnutrition (ie. undernutrition and obesity).

However, they’re encouraging people to focus more on adding healthy foods to their diets, rather than punishing them for eating fat and sugar.

For example, the average daily red meat consumption across the globe is 27 grams when the recommended limit is 23 grams.

In contrast, the average daily consumption of nuts and seeds is just 3 grams, which is far below the recommended 21 grams.

However the one food researchers really are calling on people to eat less of is salt.