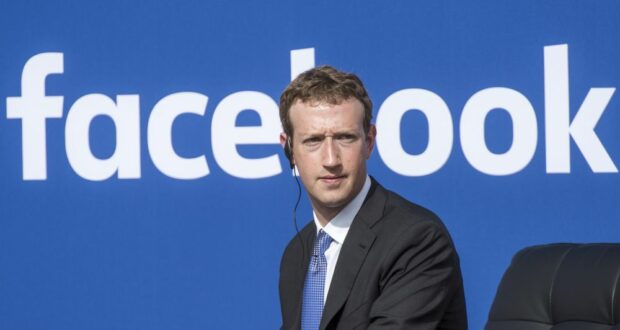 Beginning with the 2012 elections, Facebook began a campaign to silence their conservative subscribers. They escalated their efforts going into the 2014 elections.

I know because I worked for a company that sent many broadcast emails to help conservative politicians. With the help from Facebook and their socialist leadership and constituency, several of the email lists I worked with was blacklisted, essentially killing our business and silencing everything we were trying to do. This not only happened to the websites I worked with but to a number of other conservative websites. It resulted in a number of conservatives losing their jobs and some websites were forced to shut down.

Some conservatives took their grievances to members of Congress, but Facebook has more money and power than members of Congress and nothing was ever done to hold them accountable and force them to uphold the First Amendment rights of free speech.

It’s a fact that Facebook has been waging a war against conservatives and most of what is morally decent in favor of supporting liberal, immoral and socialist ideologies.

In line with their anti-moral and anti-decency campaign, Facebook has now been accused of helping child pornographers, as reported:

FBI Director Christopher Wray said Friday that Facebook’s proposal to encrypt its popular messaging program would turn the platform into a “dream come true for predators and child pornographers.”

Wray, addressing a crowd of law enforcement and child protection officials at the Department of Justice in Washington, said that Facebook’s plan would produce “a lawless space created not by the American people or their representatives but by the owners of one big company.”

Facebook intends to add encryption of wide swathes of communications on its platform.

His speech, which came ahead of an address on the same topic by Attorney General William Barr, ratchets up the pressure on Facebook as the U.S. and allied governments renew their push to weaken the digital protections around the messages billions of people exchange each day.

The Justice Department’s No. 2 official estimated that tips to law enforcement about possible child exploitation could drop by as much as 70 percent if Facebook encrypts its messaging program.

Apple is run by the same kind of liberals as Facebook, so it should be no surprise that their child-exploitation tips to law enforcement last year were only 45.

Don’t forget, it’s the same liberals who pushed to legalize same-sex marriage and marijuana, privileged rights for LGBTQ people, along with pushing to take our guns and protect illegal aliens and pushing to allow illegal aliens and convicted felons to vote. They also want to abolish the Electoral College and legally challenge everything President Trump tries to do, no matter how legal and constitutional it is. Some of those liberals have publicly stated that the Constitution needs to be re-written by THEM to make it say what they want it to say.

Previous: A Common Pain Injection May Speed Up Joint Deterioration
Next: New Computer Model Predicts Where Ebola Might Strike Next