Home » Safety & Security » Why This Popular Airline is Asking For Catastrophe 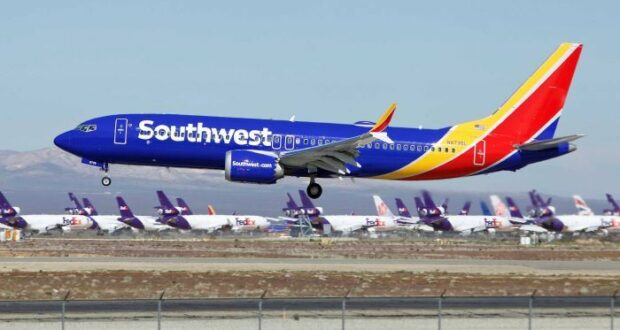 Why This Popular Airline is Asking For Catastrophe

Southwest Airlines is operating 49 jets that may not have been properly inspected and should be grounded until it can be determined that they meet U.S. airworthiness standards, according to a top official at the Federal Aviation Administration.The aircraft in question are among 88 used jets purchased from foreign carriers by Southwest between 2013 and 2017. The planes underwent special inspections, including reviews of their maintenance records, before being cleared to fly, according to the FAA.
But now the quality of those inspections is being questioned.In a memo sent to FAA Administrator Stephen Dickson last month labeled “URGENT: Action Required, Southwest Airlines Airworthiness Concerns,” H. Clayton Foushee, director of the FAA’s Office of Audit and Evaluation, raised concerns about the contractors Southwest had used to inspect the aircraft, noting that subsequent reviews by FAA inspectors and the airline had turned up hundreds of instances of undocumented repairs that were made on the planes that were not identified in previous reviews.
You Might Like

In other instances, Foushee noted, at the time airworthiness certificates were issued, Southwest Airlines “admitted they had not even translated all the maintenance records into English, making a complete check of airworthiness impossible.”

Foushee recommended that the agency take immediate action to suspend or revoke the airworthiness certificates of the 49 planes that have yet to be reinspected.

“We conclude there is a high likelihood of a violation of a regulation, order or standard of the FAA related to aviation safety, which requires immediate corrective action,” Foushee wrote. “Additionally, [Southwest Airlines] is unable to certify to the FAA (or the flying public) that the remaining 49 aircraft currently meet FAA airworthiness requirements, and the data collected to date would indicate that the majority of them do not.”

However, the FAA has continued to allow the planes to fly, saying Southwest is taking the agency’s concerns seriously.

A spokeswoman for Southwest maintained that the planes are safe and said the airline has a plan in place for ensuring that all inspections are completed.

“The FAA recently indicated that additional and perhaps expedited review is required,” said spokeswoman Brandy King. “As requested in the FAA letter, Southwest met an FAA two-day deadline to conduct a Safety Risk Analysis on documentation associated with the 41 pre-owned aircraft that have gone through full inspections, in an effort to detect any repair trends. Southwest also complied with a seven-day deadline to perform a Safety Risk Analysis on the 38 aircraft that had yet to be inspected. Southwest voluntarily initiated a General Visual Inspection of these 38 aircraft as part of the Safety Risk Analysis and completed the inspections, satisfying all FAA requests.”

The inspection problems were first reported by the Wall Street Journal.

The decision to allow the planes to continue to carry passengers has raised concerns among some lawmakers. Aviation safety and FAA oversight have been under increased scrutiny since the deadly crashes of two Boeing 737 Max jets. Investigations into the crashes, which killed 346 people, have also highlighted concerns with the aircraft certification process and the FAA’s relationship with manufacturers.

Sen. Roger Wicker (R-Miss.) chairman of the Senate Commerce Committee, wrote in a letter to Dickson that he was troubled by reports that aircraft may not meet standards. “This . . . corresponds to concerns that have been brought to my attention by whistleblowers as part of my investigation into aviation safety.”

The latest discovery also comes as the Transportation Department’s inspector general is preparing to release an audit of the FAA’s oversight of Southwest’s safety oversight, prompted in part by concerns raised by an inspector who first identified deficiencies in the earlier inspections by Southwest’s contractor.

In May 2018, that aviation safety inspector was conducting a routine review and discovered discrepancies in maintenance records for several of the Southwest planes. The discovery prompted a full review by the airline.

By November 2018, Southwest grounded nearly 40 of the 88 aircraft, including four that had undergone major repairs, which did not meet FAA requirements.

When the review was completed, the airline discovered that the planes had undergone 360 major repairs that it was unaware of because they were not reported by the contractor that had done the work.

Even so, the FAA allowed Southwest to continue to operate the planes, giving it until July 1, 2020, to complete its review and to ensure that the planes meet federal standards.

But according to a fact sheet released Monday by the Commerce Committee, the FAA inspector who made the original discovery disagreed with the decision and continued to raise concerns with senior FAA officials, to no avail. The inspector then took the concerns to the Transportation Department’s inspector general, which launched an audit of the FAA’s safety oversight of Southwest in June 2018.

On Oct. 4, Southwest provided an update on its progress, as required by its agreement with the FAA. The airline said it had completed full reviews of 39 aircraft; of those, 24 had repairs that did not meet FAA requirements.

On Oct. 24, the DOT inspector general briefed FAA officials on its initial findings. That same day, Foushee sent his urgent memo to Dickson, recommending that the agency suspend or revoke the airworthiness certificates of the 49 jets that Southwest had not yet inspected.

“The FAA is concerned that the finding of nonconforming and undocumented repairs in the first 39 airplanes to go through the Skyline Aircraft [Repair Assessment Program] may establish a trend that will be repeated in the remaining 49 Skyline Aircraft to be assessed,” Posey wrote.

On Monday, an FAA spokesman said that Southwest had fulfilled the actions mentioned in the letter and that the planes could continue to operate. Southwest also announced that it had moved up the timeline for completing the inspections by five months.

Previous: What’s Causing California’s Mental Health Crisis Among Adolescents
Next: Is Bloomberg a Threat If He Runs in 2020?