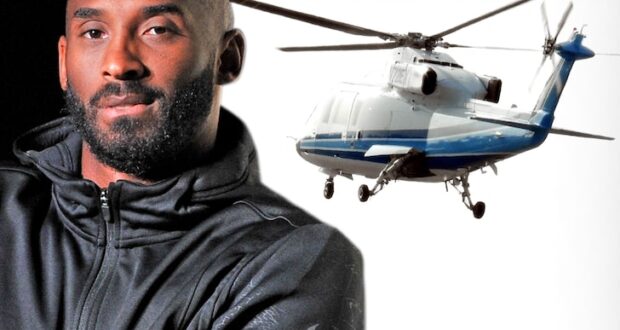 After sifting through the wreckage of the crash that killed Kobe Bryant and eight others, investigators revealed the helicopter lacked a safety feature recommended 14 years ago.

The aircraft did not have a terrain awareness and warning system (TAWS), the National Transportation Safety Board said. It also lacked a cockpit voice recorder and a flight data recorder, an NTSB member said.

TAWS is a safety feature that alerts pilots when they might hit land. The recorders can help authorities investigate a wreck.

It’s not clear whether TAWS would have helped prevent the helicopter carrying Bryant from crashing into a California hillside. Investigators are trying to determine the cause of the crash and whether the pilot should have been granted special permission to fly in the foggy conditions.

But in 2006, the NTSB recommended all helicopters with six or more passenger seats be equipped with TAWS.

The catalyst: A 2004 helicopter crash that killed all 10 people on board.

“A terrain warning system would have given the pilots enough time to arrest their descent and save the lives of all aboard,” NTSB Acting Chairman Mark Rosenker said in 2006.

But the NTSB doesn’t have the authority to set new rules based on recommendations. That’s up to the Federal Aviation Administration, which never turned the recommendation into a new rule, NTSB member Jennifer Homendy said.

An FAA spokesman did not respond directly Wednesday to CNN’s request for an explanation for why the agency did not make TAWS mandatory for all helicopters with six or more passenger seats.

Instead, the FAA provided a written statement explaining why it made TAWS mandatory for air ambulances, though not for all helicopters, including the one used by Bryant.

“Many helicopter air ambulance operations are conducted at night and from unimproved and unfamiliar landing areas,” the statement said. “By contrast, on-demand operations tend to occur in populated areas, relying on a robust network of routes and landing facilities.”

The FAA must consider cost-benefit analyses before making new rules, said Peter Goelz, a former managing director of the NTSB.

The FAA has estimated that TAWS would cost “$35,000 per helicopter for equipment and installation, plus $7,000 for revenue loss for equipment downtime,” according to a government document from 2014.

Goelz said he and other aviation experts believe “when it comes to safety, the cost-benefit analysis should never be the final call.”

Some helicopter pilots might consider TAWS to be a nuisance, especially in good conditions when the terrain is visible but the system still triggers alerts, he said.

“If you have a device in a helicopter, which is often flying at low altitudes, often (TAWS) will go off and you will get alerts and that will cause the pilot to ignore it,” Goelz said.

But that concern, he said, is “overstated.”

“You can calibrate these things very carefully,” Goelz said. “The workload argument doesn’t hold up when you weigh it against the safety benefits.”

What the helicopter maker and owner are saying

The Sikorsky S-76B helicopter carrying Bryant, his daughter Gianna and seven others was built in 1991. That was 15 years before the NTSB recommended all new and existing helicopters that can carry six passengers be equipped with TAWS.

TAWS for helicopters was also available as an optional equipment kit prior to 2005, Ferrari said.

Island Express Holding Corp., the owner of Bryant’s helicopter that crashed, declined to comment to CNN about why the aircraft was not retrofitted with TAWS.

“Because this is an ongoing investigation, Island Express defers comment on this matter to the NTSB,” according to a company statement.

TAWS isn’t the only feature recommended by the NTSB that wasn’t on the helicopter. The aircraft also lacked a cockpit voice recorder and a flight data recorder, Homendy said.

“Having a CVR and an FDR would have helped us significantly in this investigation,” the NTSB member said.

Just like TAWS, cockpit voice recorders and flight data recorders are not required by the FAA for all helicopters.

“The FAA promotes voluntary equipage of flight recorders in aircraft for which regulations do not require these devices,” the FAA said in a statement.

Island Express, the owner of Bryant’s helicopter, declined to say why the aircraft didn’t have the recorders, citing the ongoing investigation.

Some operators in the past have said flight data recorders are “too big and too heavy,” Goelz said.

But “they have now miniaturized them. They are 5 pounds, at the most,” he said.

“The idea that these kinds of devices aren’t mandatory is really unacceptable.”

Previous: Would you tell Alexa your innermost secrets?
Next: Kentucky Law to Help Protect Students