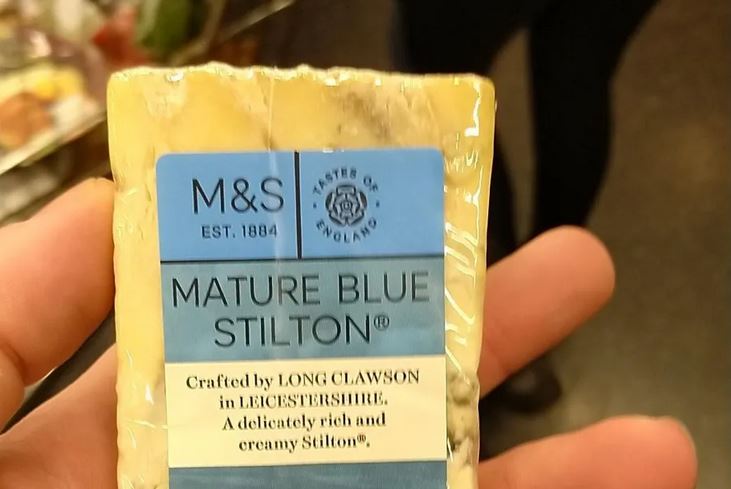 It’s generally a good idea to be careful about the photos you post online. For example, posting a photo of your Covid-19 vaccination card could put you at risk for identity theft because it reveals your full name and date of birth.

However, if you’re a drug dealer involved in selling heroin and cocaine, you should probably be extra careful. Something as seemingly innocent as a picture of a block of cheese can be enough to help convict you – at least in this case.

The UK’s Merseyside Police were able to successfully identify 39-year-old drug dealer Carl Stewart of Gem Street, Liverpool and convict him of conspiracy to supply cocaine, heroin, MDMA, and ketamine. They used a simple photo of a wedge of stilton cheese that Stewart had posted to social media.

Stewart has now been sentenced to 13 years and six months in prison. He pled guilty to all charges, which included transferring criminal property.

Stewart made two mistakes by sharing the cheese photo. First, the picture had a clear image of his fingerprints and palm, which police analyzed and used to identify him.

Second, Stewart shared the photo on EncroChat. Encrochat is a supposedly encrypted phone system is that he shared the photo on EncroChat, the supposedly encrypted phone system that was compromised by authorities last March. Since then, Merseyside Police say authorities have identified around 10,000 of its users in the UK. They are “all involved in coordinating and planning the supply and distribution of drugs and weapons, money laundering and other criminal activity.” A total of 60,000 of its users have been identified worldwide, according to police.

Woman Arrested With Enough Fentanyl “To Kill One Million People”