How to Ease Joint Pain 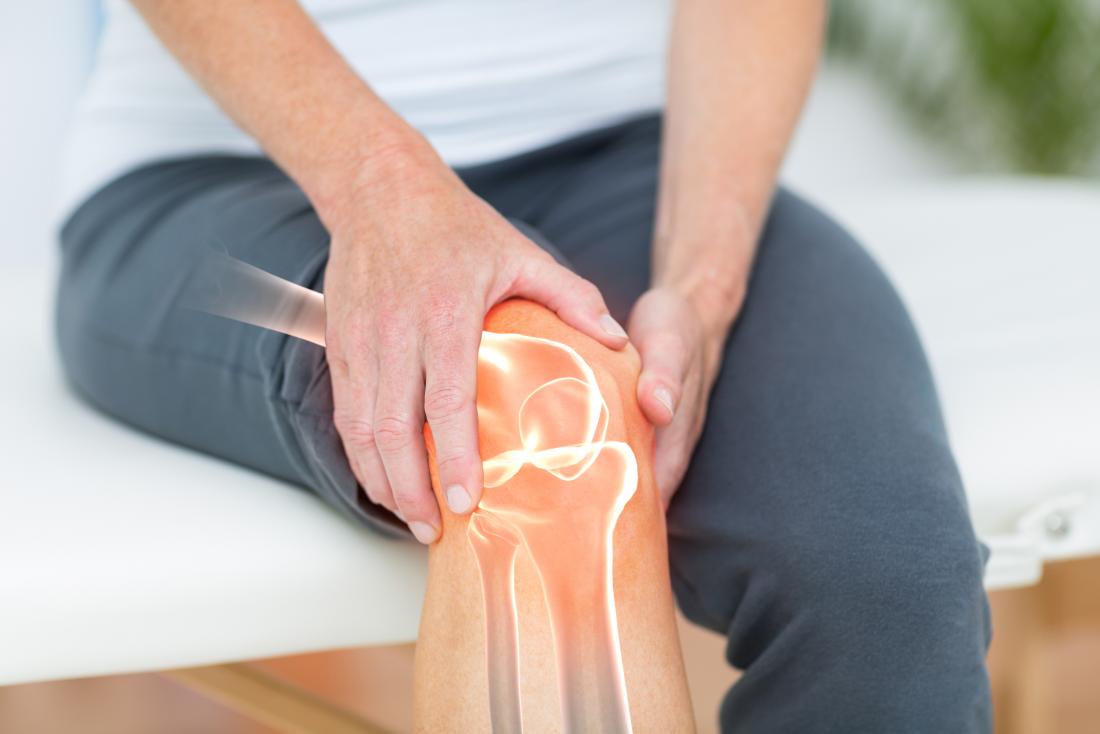 That’s one reason why up to half of Americans over age 65 have osteoarthritis (OA), when the protective cartilage on the ends of bones wears down. This causes pain and stiffness in areas like the knees, hips, and hands, which can make walking, climbing stairs, brushing your teeth, and even grasping a doorknob or pen challenging.

Because OA has no cure, easing pain is key. But many older adults have difficulty tolerating pain relievers long-term, says Pei Chen, M.D., associate medical director at the UCSF Center for Geriatric Care. And potentially addictive drugs such as opioids are sometimes used.

Fortunately, nondrug treatments work well for many people, with virtually no side effects.

If you’re overweight, shedding a few pounds (say, 5 to 10) can help with pain and function. More is better: In a 2018 study in Arthritis Care & Research, people who lost 10 percent of their body weight saw knee pain drop up to 50 percent.

What you eat may also make a difference, says Dominic King, D.O., an orthopedic surgeon at the Cleveland Clinic. A diet rich in fatty fish, healthy fats, fruits, green leafy veggies, and nuts may help relieve some of the inflammation associated with arthritis.

Exercise may seem like it would cause more pain, but research suggests other­wise.

A 2015 Cochrane review of 54 studies found that an exercise program was as effective at easing pain and improving function in knee OA as a nonsteroidal anti-inflammatory drug (NSAID).

The government advises 150 weekly minutes of moderate activity (walking, cycling, swimming), plus muscle-strengthening twice a week. Tai chi or gentle yoga may help. Even chair yoga was found effective in a 2017 study in the Journal of the American Geriatrics Society.

How to start? “If someone’s never really exercised before, I’ll send them first to physical therapy to make sure they’re using proper techniques,” says Joseph Herrera, D.O., chair of rehabilitation medicine at New York City’s Mount Sinai Health System. “If they are already active, I’ll print out a home exercise program for them to try first to see if it can help.”

If you’ve been exercising for a few weeks without improvement, or pain prevents you from being active, you might benefit from PT.

“If you can strengthen the muscles around an arthritic joint through exercise and physical therapy, you can take a load off of that joint,” says NYU orthopedic specialist Claudette Lajam, M.D., a spokesperson for the American Academy of Orthopaedic Surgeons (AAOS).

Use Meds With Care

For severe pain, your doctor may suggest an over-the-counter (OTC) pain reliever, at least to help you get through PT. The NSAID naproxen (Aleve and generic) was ranked most effective for knee OA in a 2018 study in the Journal of the American Academy of Orthopaedic Surgeons.

But NSAIDs can cause gastrointestinal problems, including bleeding. “I’ve found in general that my patients can’t tolerate being on an NSAID for more than two or three weeks before it begins to affect their stomach,” Chen says. So if you need pain relief longer-term, Chen suggests acetaminophen (Tylenol and generic).

Some doctors may recommend topical prescription creams for pain. But these may cost thousands of dollars out-of-pocket, and a recent study in the Annals of Internal Medicine found that they have no more benefit than a placebo.

Many people use potent opioids in the months before joint replacement surgery. But research shows that they offer no more benefit than OTC painkillers for OA.

Be Cautious With Injections

Though steroid injections can temporarily ease inflammation and pain, they may damage the joint and cartilage, Herrera says. Injections of hyaluronic acid into the knee joint are thought to act like a lubricant. But a 2018 study in the Journal of the American Academy of Orthopaedic Surgeons found they weren’t very helpful.

In injections of platelet-rich plasma (PRP), platelets are extracted from your blood and reinjected into an affected joint. A 2016 review of six studies in the journal Arthroscopy found that people reported significant pain relief up to 12 months after injection, compared with those given hyaluronic acid. But this experimental treatment can be costly and typically isn’t covered by insurance.

See Surgery as a Last Resort

Some orthopedic surgeons recommend arthroscopy—where a tiny camera inserted into your knee allows a doctor to repair cartilage tears and remove cartilage fragments—but research shows that it’s no better than exercise therapy. As a result, an international panel of experts recommended against it in 2017.

When it comes to knee or hip replacement, “the best candidates are people who have already tried several non-­operative treatments, are already at a healthy weight, and feel their quality of life is suffering because they can no longer do daily activities that they enjoy,” King says.

If you decide on it, look for a surgeon who does at least 50 knee or hip replacements a year with a complication rate of 3 percent or lower, and a hospital that does more than 400 joint replacements every year and has an overall infection rate of less than 1 percent.

Give Water Workouts a Try

Too achy to exercise? Swimming is ideal for people with OA, because it puts little pressure on joints, Herrera says. And it works: A 2016 study published in the Journal of Rheumatology found that sedentary people with OA who swam for 45 minutes three days a week for 12 weeks reported as much of a reduction in pain and stiffness as those who cycled.

Vary your strokes to exercise all your joints and muscles. And though swimming is a good water workout, you can also opt for an aquatic fitness class. Many aquatic centers and YMCAs offer classes geared to people with arthritis.

The Deal on 4 Alternative Therapies

Glucosamine and Chondroitin
Evidence for these supplements—among the best-selling in the U.S.—is mixed. Some research suggests they may help when used for less than six months, but other research found that they failed to relieve pain or prevent cartilage loss more than a placebo when used for up to four years. And supplements aren’t tightly regulated, so you may not know exactly what’s in the container.

Turmeric
This spice, often used in Indian food but also available in supplement form, has been touted as anti-inflammatory. Most research on it has been done in mice, but a study published last year in BMC Complementary & Alternative Medicine found that adults with knee OA who took 333 to 350 mg a day for 12 weeks reported less pain and stiffness. Note: Turmeric supplements can interact with some medications, such as blood thinners.

Acupuncture
This traditional Chinese therapy, where thin needles are inserted into the body at specific points, seemed to offer a slight benefit in easing OA discomfort in a 2010 Cochrane review of 16 studies. But subjects reported similar improvements with sham acupuncture. If you decide to try it, see an acupuncturist who has national certification and, if your state requires licensing, is licensed for your state. (Find one at nccaom.org.)

Massage
A 2017 review of seven studies published in the American Journal of Physical Medicine & Rehabilitation found that although massage appears to help, better research comparing it with other therapies is needed. It can help ease pain and stiffness, says King, but because arthritis-stressed joints are sensitive, make sure your therapist has experience working with people with this condition. (Find therapists at amtamassage.org.)

3 thoughts on “How to Ease Joint Pain”