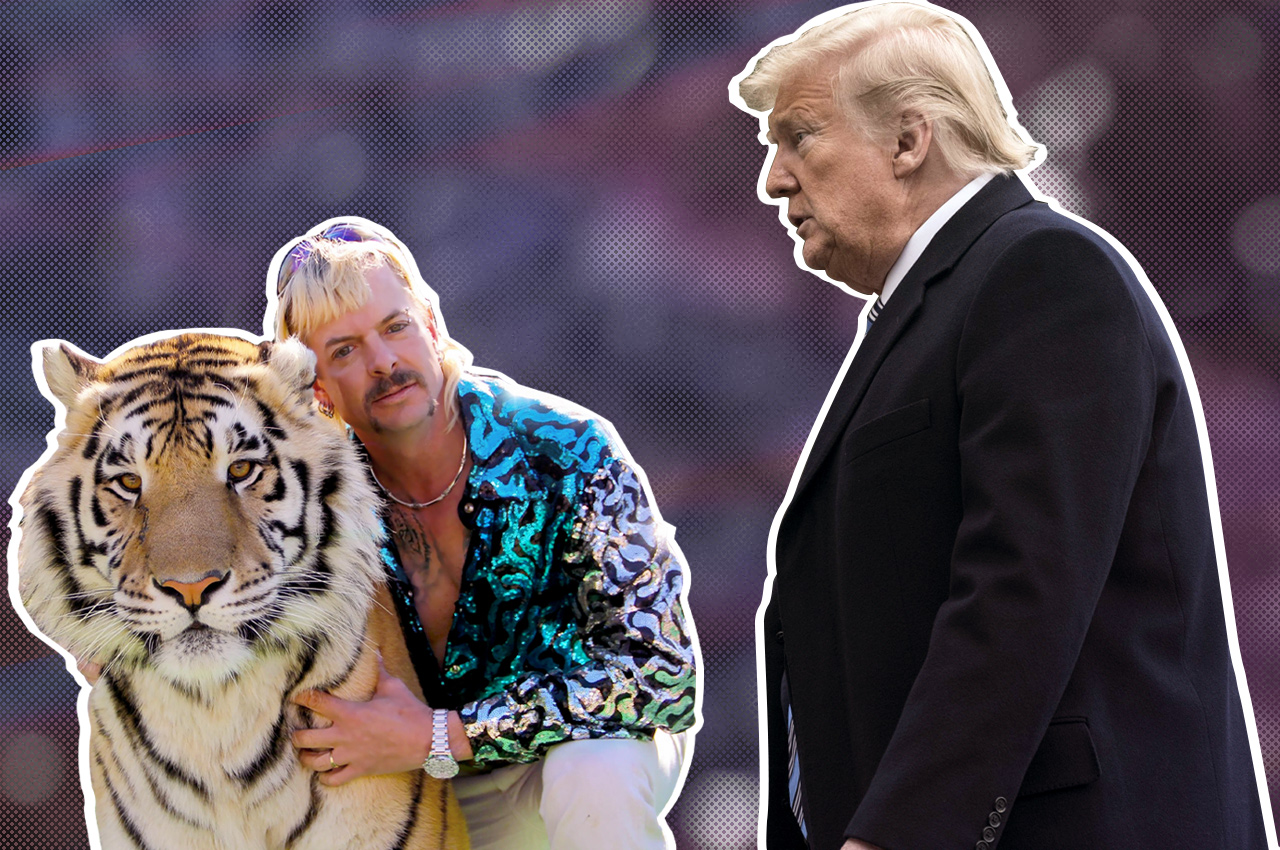 The legal team of Joe Maldonado-Passage, AKA Joe Exotic the Tiger King, will hit the road in pursuit of a pardon for the infamous former zoo owner from U.S. president Donald Trump.

In April 2019, Maldonado-Passage was found guilty of more than a dozen counts of animal cruelty and for trying to hire someone to kill big cat-rights activist Carole Baskin. He’s currently serving a 22 year prison sentence in a Fort Worth prison for the murder-for-hire plot.

But his legal team, including private investigator Eric Love of Bedford, disputes the charges and the way the case was handled, hence the pardon request.

In true, raucous-style, Love cut the sleeves off of his ‘Pardon Joe Exotic’ t-shirt and will hit the road in a double decker bus headed to Washington on Friday.

Love told CBS 11 News in a release, “With this extensive level of support, the unit intends to prove that the Tiger King is not guilty, rather, he is a victim. The legal team will pursue Joe Exotic’s Pardon application to the President, Post-Conviction Relief and Civil Litigation.”

The true crime documentary “Tiger King: Murder, Mayhem and Madness” was released on Netflix in March, at the height of national stay-at-home orders. Whether it was people cooped up at home, binging on Netflix, or Exotic’s self-professed “gay, gun-toting cowboy with a mullet,” lifestyle, the series was a hit. It catapulted the former Arlington pet store owner into the spotlight.

The series followed his life of as he operated the Greater Wynnewood Exotic Animal Park in Oklahoma that had nearly 200 big cats.

The murder and mayhem portion of the show involved the 57-year-old’s feud with Baskin, who owns the Florida sanctuary “Big Cat Rescue”, and for years worked to get Greater Wynnewood Exotic Animal Park, also known as the G.W. Zoo, shut down. That volatile relationship came to a head in 2016 when Maldonado-Passage plotted to have Baskin killed.

During the course of the investigation, officials with the Department of Justice alleged Joe Exotic also, “…falsified forms involving the sale of wildlife in interstate commerce, killed five tigers in October 2017 to make room for cage space for other big cats, and sold and offered to sell tiger cubs.”

In an exclusive interview with “Variety Live!” last month, Maldonado-Passage’s 4th husband, Dillon Passage, said the Netflix star is in quarantine after exposure to the coronavirus at a prison in Oklahoma. Health insurance laws prevent any information being released about Joe Exotic’s current medical status, but Dillon said he did not believe his husband actually has the virus.

Dillon Passage also said at the time, that he hadn’t spoken to Exotic since he was moved to the facility in North Texas then transferred to the Federal Medical Center and placed in isolation.