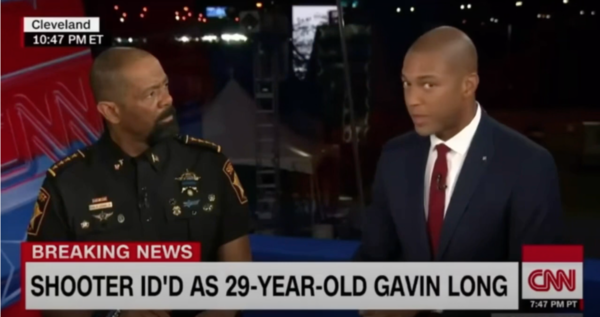 CNN Picked the Wrong Person to Interview about Police and BLM

What’s a CNN host to do when confronted with a guest who doesn’t accept The Narrative?

In the case of Don Lemon interviewing former Milwaukee County Sheriff David Clarke, the answer is: tell him to “keep it down,” refuse to listen to what he is saying, and then abruptly cut him off.

It’s not as if they are interested in anything that doesn’t support The Narrative. Much less explodes it with data on cops being killed.