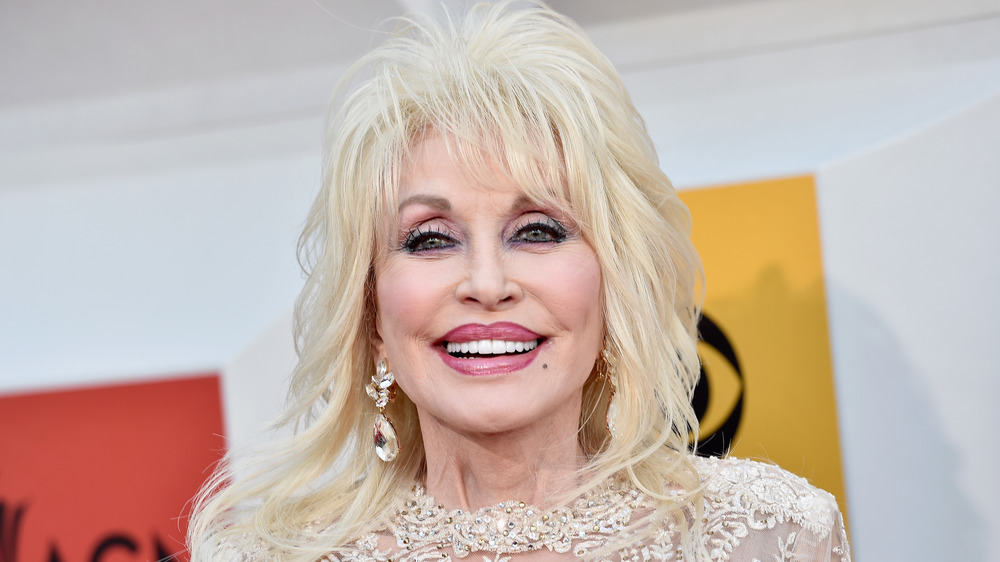 Talia Hill — the youngest of three siblings cast in the holiday movie — told Inside Edition that while filming she ventured off to get a cup of hot chocolate before producers asked cast members to return to their marks. As she was heading back, the young actress said that she felt somebody physically grab her and pull her back from a car that was headed in her direction on the set.

“I looked up and it was Dolly Parton,” she told the outlet. “I was like, surprised, I was like [gasp].”

“And she’s like, ‘Well, I am an angel, you know,’ ” Talia, 9, added of her interaction with the country music icon. “Cause she plays an angel in the movie. And I was in shock. She hugged me and shook me and said, ‘I saved your life!’ ”

Christmas on the Square, which dropped last month on the streaming platform, takes its name from one of the songs on Parton’s new Christmas album and follows Christine Baranski’s Regina Fuller, a Scrooge-like figure who returns to her hometown to evict residents following her father’s death.

While chatting with Inside Edition, Talia’s older brother Tristian also spoke about his experience filming with Parton. “When you think of Dolly Parton, you are just like, ‘It is Dolly Parton,’ but when you actually see her you are like, ‘Wow, it’s Dolly Parton,’ being in her presence lifts you,” he said. “She is so amazing.”

Talia added to the outlet, with a laugh: “When Dolly walked in she smelled like heaven. She greeted everyone even if you were a trashcan person. It was such a great feeling.”

Tristan, 16, and Talia both appear in the holiday film, alongside their 13-year-old brother, Tyson.

Their mother, Tonia Hill, has worked as an entertainer at the Walt Disney World resort in Orlando, Florida, for the past 26 years. She told Inside Edition that each of her children had dancing in their blood before they were even born.

“I danced with all three of my babies in my bellies,” the mother of three told the outlet.

Tristan shared that watching his mother perform in numerous Disney shows, made him want to pursue a similar career.

“She makes me grow as a dancer. She tells me if something doesn’t look good or if it is the wrong note,” Talia added as Tyson chimed in and noted, “She gives us tips and tricks and how to make people feel something and it really helps.”