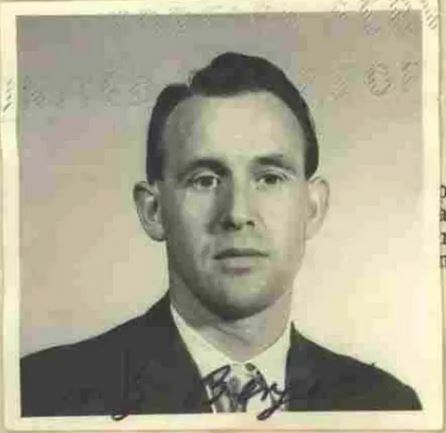 A former Nazi guard has been deported back to Germany after living in the United States for the past 60 years.

Friedrich Karl Berger, 95, served as a guard at Neuengamme concentration camp subcamp in 1945. He moved to America in 1959.

Now, the US Immigration and Customs Enforcement agency has confirmed that Berger, who is still a German citizen, has been deported for taking part in “Nazi-sponsored acts of persecution.”

Berger insists that he only spent a few weeks at the camp at the end of World War II when he was 19 years old, and that he only did so because he was ordered to.

He also claims he never witnessed nor was he involved in any instances of murder or abuse.

But Berger did admit to preventing prisoners from escaping. He also says he never asked for a transfer from his role as a concentration camp guard.

Germany dropped its case against Berger last year. However, he has now been handed over to Hesse state investigators for questioning. He faces potential new charges, but a spokesperson for the police said that there is currently no live investigation and he has not been taken into custody.

Berger told The Washington Post that he did not understand what was going on.

“After 75 years, this is ridiculous. I cannot believe it. I cannot understand how can happen in a country like this. You’re forcing me out of my home. I was 19 years old. I was ordered to go there,” Berger said.

The acting attorney general Monty Wilkinson said that Berger’s deportation is an example of the department’s continued commitment to ensuring that the United States is not a safe haven for those who took part in Nazi crimes against humanity and other human rights abuses.

“In this year in which we mark the 75th anniversary of the Nuremberg convictions, this case shows that the passage even of many decades will not deter the department from pursuing justice on behalf of the victims of Nazi crimes,” Wilkinson said in a statement.

The Department of Justice claimed that to this day Berger receives a German state pension for his past employment in the country, which takes into account his “wartime service.”

The acting Immigration and Customs Enforcement (ICE) Director Tae Johnson said in a statement that it will work tirelessly to “pursue those who persecute others.”

“This case exemplifies the steadfast dedication of both ICE and the Department of Justice to pursue justice and to hunt relentlessly for those who participated in one of history’s greatest atrocities no matter how long it takes,” he said.

According to the Department of Justice, Berger is the 70th person that the department has identified as a former Nazi officer and deported from the United States.

13 thoughts on “Former Nazi Guard Deported to Germany After Hiding in the U.S. for 60 Years”