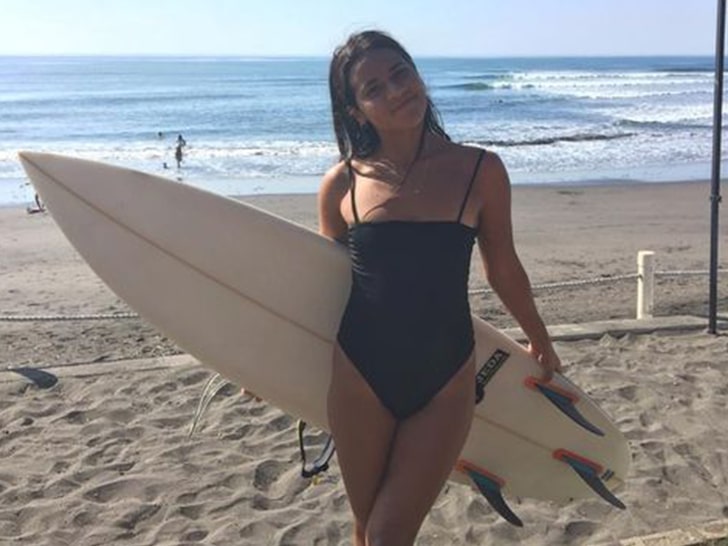 Katherine Diaz — one of El Salvador’s top surfers — died on Friday after she was hit in a lightning strike during a training session near her home.

The 22-year-old rising star — who had been gunning to compete for El Salvador at the Olympics in Tokyo — was surfing at a spot called El Tunco when the lightning storm hit.

Katherine’s uncle Beto Diaz told a local media outlet his niece had gone to hug a friend she spotted at the surf spot when lightening struck.

“She, the friend, was thrown by the force of the lightening strike too, the board threw me back. Katherine died instantly.”

Emergency personnel reportedly raced to the scene and scrambled to revive Diaz … but it was too late.

Diaz was a rising star in the sport and beloved by the surf community in El Salvador.

She was expected to compete in the ISA World Surf Games in May — the event is a qualifier for Olympics in Tokyo.

The International Surfing Association issued a statement on her death … saying, “It is with a heavy heart that the ISA has learned about the passing of El Salvador’s Katherine Diaz.”

“Katherine embodied the joy and energy that make surfing so special and dear to us all, as a global ambassador of the sport. She excelled at the international competition level, representing her country with pride at both the ISA World Surfing Games and ISA World Junior Surfing Championship.”

“We send our heartfelt condolences to Katherine’s family, the surfers of El Salvador, and to all those in the international surfing community whose lives she touched.”

“We will never forget you.”