Man Executed for Murder in 2017, Now New DNA Evidence Points to Someone Else 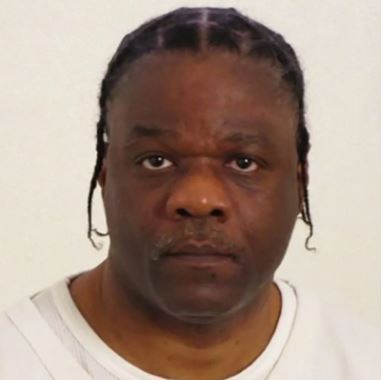 Ledell Lee was executed in Lincoln County, Arkansas on April 20, 2017 for the 1993 murder of Debra Reese. He maintained his innocence until the day he died.

Now, four years later, an attorney with the Innocence Project, a nonprofit organization that works to exonerate the wrongfully convicted, says DNA testing of the murder weapon points to someone else.

“While the results obtained 29 years after the evidence was collected proved to be incomplete and partial, it is notable that there are now new DNA profiles that were not available during the trial or post-conviction proceedings in Mr. Lee’s case,” said Nina Morrison, senior litigation counsel at the Innocence Project.

In 1993, 26-year-old Debra Reese was found dead inside her Jacksonville home. She had been strangled and beaten to death. After neighbors claimed they saw Lee enter and exit Reese’s home, he was arrested and charged with her murder.

After his first trial resulted in a hung jury, he was tried again and found guilty. He was sentenced to death in 1995.

Two weeks before his execution, the Innocence Project and the ACLU said they’d identified flaws in the evidence used to convict Lee, including the presence of “DNA evidence that likely belonged to the killer and had never been tested with modern technology.”

“The courts refused to hear any new evidence or allow DNA testing before executing Lee, who was one of eight people scheduled for execution in rapid succession because of the state’s expiring supply of execution drugs,” a release stated.

On Tuesday, Arkansas Governor Asa Hutchinson said it was his job to carry out the law after a jury found Lee guilty based upon the information that they had.

“The courts consistently rejected Ledell Lee’s frivolous claims because the evidence demonstrated beyond any shadow of a doubt that he murdered Debra Reese by beating her to death inside her home with a tire thumper,” she said in a statement. “I am prayerful that Debra’s family has had closure following his lawful execution in 2017.”

Lee’s sister refuses to give up on working toward exonerating her brother, who she says was with her the day Debra Reese was killed.

“My family has been unable to rest … knowing that my brother was murdered by the state of Arkansas for a crime we believe he did not commit,” said Lee’s sister Patricia Young. “What happened to Debra Reese is horrible, and we keep her family in our prayers. But I was with Ledell the day this murder happened, and I do not see how he could have done this. If Ledell is innocent, then the person who did this has never been caught. All we want is to finally learn the truth.”

6 thoughts on “Man Executed for Murder in 2017, Now New DNA Evidence Points to Someone Else”