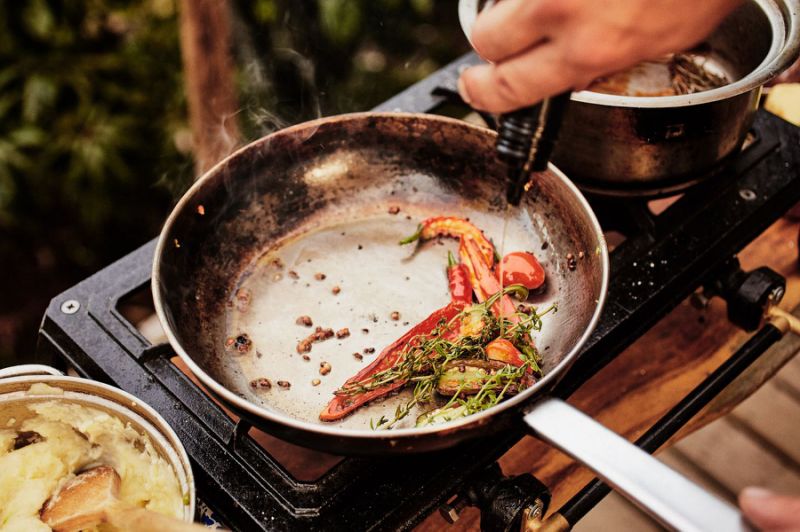 The promise is appealing: Can the heat within spicy foods actually melt your body fat and unearth your chiseled six-pack?

As a dietitian, this promise pops up every now and then with a new study touting the fat-loss benefits of hot peppers or with a new supplement marketing the belly-shrinking benefits of “capsaicin.”

The connection sort of makes sense: when you eat hot foods you sweat, which is also what happens when you exercise so … maybe there’s a similar effect occurring in your body?

Sort of. So that word, “capsaicin,” refers to a compound that gives spicy peppers their heat. (It’s also what makes pepper spray so awesome or awful, depending on which side of the spray you’re on.)

Research shows that consuming capsaicin, usually in concentrated pill form, can increase a person’s metabolic rate. That said, the calories people burn from this increase often only amount to about 50 to 70 extra calories a day, and that that effect only occurred in people with a BMI of 25 or higher, according to a 2018 meta-analysis by Hungarian researchers.

To give you an idea, that’s the caloric equivalent of a large bite of pizza.

Now some supplements will tell you that capsaicin can help you lose weight by “activating” your brown fat (the stuff that keeps you warm and burns calories) and improve your insulin control. And others still will tell you capsaicin may help reign in your appetite.

But here’s the big picture: “Capsaicin isn’t a therapy I recommend to my patients for weight loss,” says Dr. Spencer Nadolsky, head physician at renaissanceperiodization.com There may indeed be an effect, but it is too small to justify spending time and money and worrying about taking another pill.”

And there’s a downside to capsaicin supplementation. Too much can cause stomach cramps and ulcers, as well as general gastric irritation and a burning sensation. This happens when you’re consuming spicy foods, but also when you’re, ahem, removing spicy foods from your body if you’re picking up what I’m putting down.

All this said, there’s nothing wrong with hot sauce. It contains very few calories for tons of flavor. If you tolerate the stuff, go ahead and smother your eggs in Cholula. Just don’t expect that doing so will also make you look hot.

Check Out This Viral Avocado Hack

Can Veganism Help With Erectile Function?

The Shocking Coronavirus Symptoms That Could Last for Years