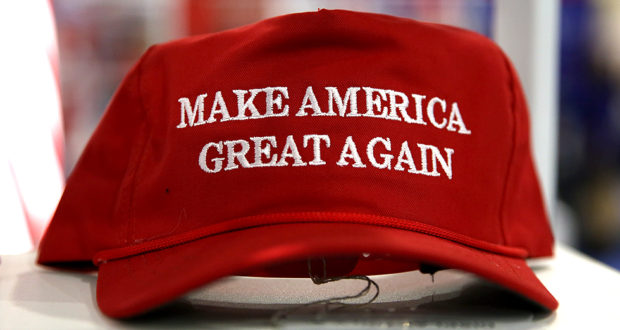 A high school in Littlestown, Pa., has apologized after the yearbook club blurred out two teenagers’ pro-Trump apparel in a yearbook photo.

“The mistake was not noticed during the editorial preview process prior to print. We apologize on behalf of the yearbook club. It is not the policy or practice of the district to improperly censor speech,” Littlestown High School said in a statement to local Fox News affiliate WPMT.

The apology comes after 16-year-old Jeremy Gebhart said he and his friend had their “Make America Great Again” hats blurred out of a yearbook photo taken during the school’s spirit week.

“I just think he wants to help our country and I think he is,” Gebhart said of wearing the hat to support President Trump. “They, like, blurred our hats out.”

The incident is one of the numerous recent cases on school campuses where political clothing has sparked debate.

Last month a New Hampshire school principal received backlash for telling a student to remove her apparel supporting Trump, including a “Make America Great Again” hat and shirt, during the school’s “America Pride Day.” And in March, a bus aide in Florida was suspended for swiping a MAGA hat off a student’s head.

Previous: Poor sleep can change your reaction to pain
Next: Avocados may be the key to weight loss, study says