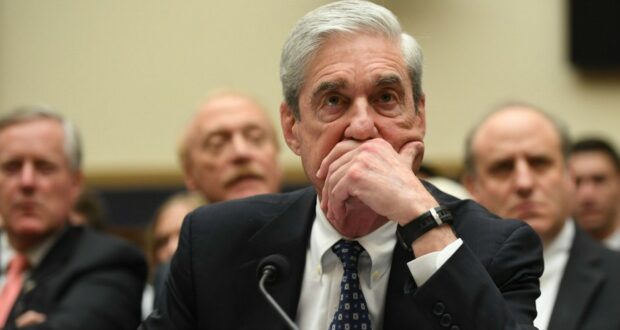 While many Americans were learning about former special counsel Robert Mueller’s appearances before Congress on Wednesday when they could get a break from work, the staff of the White House was riveted for the proceedings from the beginning.

But by the time the day was half-over, any unease that might have been in the air at 1600 Pennsylvania Ave. had turned into “euphoria,” Politico reported. That description of the White House mood came from a “Trump ally,” the report said.

Whatever kind of momentum Democrats had hoped to gain from Mueller’s appearance didn’t seem to be materializing.

The real dig took place at halftime in the Wednesday show — between Mueller’s morning appearance before the House Judiciary Committee and his afternoon testimony to the House Intelligence Committee chaired by Rep. Adam Schiff of California.

President Donald Trump himself tweeted sarcastic gratitude to his political opponents for a promised spectacle that turned out largely to be a dud.

“I would like to thank the Democrats for holding this morning’s hearing,” Trump wrote. “Now, after 3 hours, Robert Mueller has to subject himself to #ShiftySchiff – an Embarrassment to our Country!”

White House press secretary Stephanie Grisham issued a statement that her predecessor in the post, Sarah Sanders, would have been proud of.

“The last three hours have been an epic embarrassment for the Democrats,” she wrote. “Expect more of the same in the second half.”

Midway through the day, there was plenty of reason for the White House to be cautiously optimistic. Mueller didn’t provide any fireworks for the Judiciary Committee that would get impeachment tongues rolling.

In fact, Republican questioning struck at the heart of the special counsel’s investigation and his report.

Do you think Mueller’s testimony was good for the White House?

There were some very good reasons that Fox News veteran political correspondent Chris Wallace called the day a “disaster” for the Democrats.

Rep. Mark Meadows of North Carolina, a vocal Republican supporter of Trump who is not a member of the Judiciary Committee but followed Wednesday’s action closely, was pleased.

Previous: Scientists find new way to kill disease-carrying mosquitoes
Next: My Migraines Distorted My Vision and Speech – Here’s What a Doctor Said Was Going On