Could a Recession Kill More Than the Coronavirus? 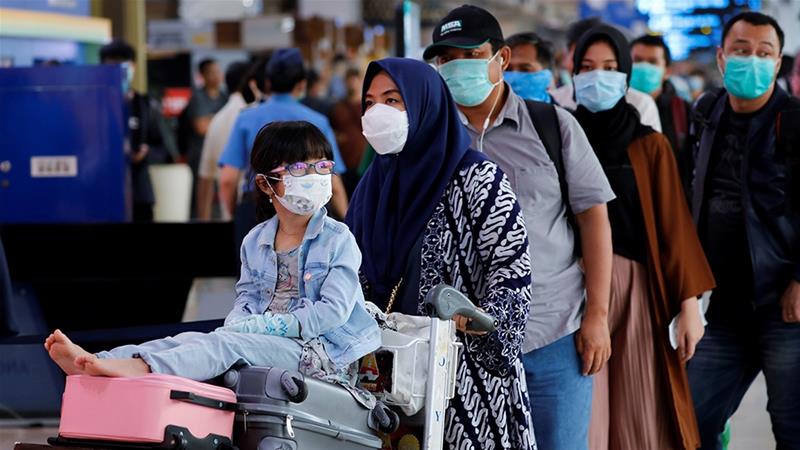 The ultimate infection and mortality rate from the coronavirus (COVID-19) is unknowable at least for weeks, but the economic fallout is not. We appear headed into a serious recession, if not a depression. Bad economic times also affect public health and, ultimately, we might see more deaths from a deep economic decline than from coronavirus.

On Monday, China released its economic data for January and February, when COVID-19 erupted and the country went into lockdown. The data were much worse than analysts forecast: China’s factories slumped 13.5 percent, retail sales fell 20.5 percent and home sales plummeted 34.7 percent. This, in an economy that has experienced a 9.4 percent average annual growth over four decades of uninterrupted year-over-year quarterly growth.

On Wednesday, Deutsche Bank forecast a full first-quarter Chinese GDP decline of 32 percent annualized. The bank predicted a second-quarter drop of 24 percent in Europe and 13 percent in the U.S. from first-quarter levels — a decline the Wall Street Journal said: “would be the biggest in recorded history.” That is why the stock market has plunged more than 30 percent and U.S. Treasury interest rates have fallen to near-zero levels. (To avoid any confusion, Wall Street is an indicator; this is not to say it is in need of a bailout.)

In the face of such drastic economic damage and associated public health deterioration, we should consider how soon and why certain of the recently adopted shutdown measures might be lifted to prevent economic Armageddon.

The general construct and rationale for our extreme measures are to spread out over time the incidence of coronavirus infections, to keep it below hospital capacity. If illness spikes above capacity, there is no treatment available for many of the afflicted, and the mortality rate spikes as the untreated die. This construct has become known as “flattening the curve,” keeping the rising curve of coronavirus cases below a straight line representing medical capacity.

Why not increase that capacity? Most of the policy discussion seems to assume that hospital capacity is relatively fixed, but China built two hospitals in Wuhan in two weeks; New York Gov. Andrew Cuomo has called on the Army Corps of Engineers to build hospitals here. The sooner and the more we increase capacity, the sooner we may be able to ease some of the extraordinary measures and mitigate the coming economic recession.

The outbreak in China was amplified by a cultural tradition of returning home around the Chinese New Year in what the South China Post calls “the largest annual human migration in the world” — thus, just as the virus erupted, it was carried around China. We have nothing similar going on here now, which suggests a slower spread, more confined around hotspots. This suggests a somewhat optimistic outlook for relaxing shutdowns and social distancing sooner rather than later.

During a White House briefing, Dr. Deborah Birx, the federal coronavirus response coordinator, emphasized a key feature of COVID-19: “Mortality under (age) 30 is extraordinarily low,” a critical difference from the Spanish Flu that some alarmists have referenced. While we don’t yet know the full science on the age score, this too may offer a somewhat optimistic outlook — that the closure of public schools might be lifted once we are confident the rate of infection can be kept below our medical capacity. That would make it easier for many parents to return to work.

But let’s look beyond the coronavirus crisis to its consequence and aftermath, a recession or depression. In doing so, let’s keep in mind what’s obvious: Recessions increase poverty, and poor people have poorer health, so mortality rates are higher in poor communities. Thus, we might have more deaths from the recession than from coronavirus. Just look at the elevated suicide rates and the declining health metrics, including life expectancy, in American communities where globalization has wiped out manufacturing plants and eliminated good production jobs.

The income-health relationship was codified in 1975 by Samuel Preston who created the Preston Curve, showing that life expectancy varies with income level.

Our coronavirus response today should balance the “incidence curve” with the Preston Curve. We should put as much effort into preventing the severity of the coming recession and an associated backward slide down the Preston Curve as we do to flattening the incidence, or infection, curve. While Washington is preparing a massive stimulus program, most of the stimulus is aimed at bridging individuals and businesses across a period of economic inactivity. We need to focus on restarting activity.

There are more than 212,000 confirmed infections worldwide — about 6,000 in the U.S. — and roughly 8,800 deaths (more than 100 of those in the U.S.), according to the New York Times. Those numbers are definitely low, due to limited testing and to yet-unseen infections resulting from COVID-19’s long incubation period. Nevertheless, the numbers are far below those for seasonal flu or even for the opioid crisis. According to the Centers for Disease Control and Prevention (CDC), between 12,000 and 61,000 Americans die annually from the flu. Globally, the World Health Organization (WHO) estimates that the flu kills 290,000 to 650,000 people annually. The wild card is relative mortality, and initial data suggest that COVID-19 is seven to 10 times more deadly than the flu and perhaps spread more easily.

The White House’s Dr. Birx has tamped down the more alarmist predictions, saying that the overall death rate seems to be converging on 0.7 percent. That’s still far above the 0.1 percent average for the seasonal flu; clearly we need better data on infections, mortality and risk-group profiles.

Purely in terms of personal health, the ultimate outcome depends upon two factors. First is what epidemiologists call “herd immunity,” or the degree to which the population develops immunity by virtue of having been infected and survived. The second and hoped-for factor is the development of an effective vaccine; unless and until we develop one, we will be working our way through the development of herd immunity, during which we must do everything to assure that the afflicted receive treatment and survive.

In terms of economic health — which is inextricably intertwined with personal health and life — we face the extraordinarily difficult challenge of balancing a terrifying health crisis with a virtually inevitable financial one. In the long-term, that financial crisis may be the greater of the two. And the only way to combat that future challenge and prevent it from becoming a greater life-threatening calamity is to restart the nation’s economic life as soon as possible.

2 thoughts on “Could a Recession Kill More Than the Coronavirus?”