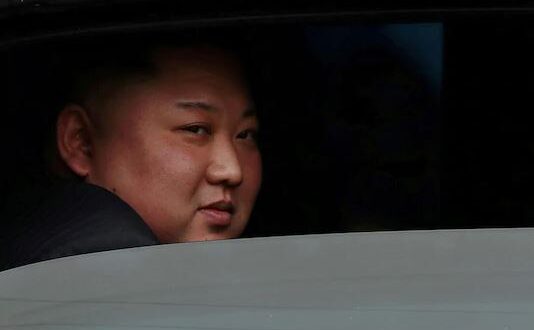 Some reports say North Korean dictator Kim Jong Un is in a “vegetative state.” Others say he’s in a coma. And now a new report says he’s just fine.

Top South Korea government officials said Monday that despite all the speculation, Kim is “alive and well.”

“Our government position is firm,” Moon Chung-in, the top foreign policy adviser to South Korean President Moon Jae-in, told CNN. “Kim Jong Un is alive and well. He has been staying in the Wonsan area since April 13. No suspicious movements have so far been detected.”

The new comments follow a Japanese magazine report over the weekend that Kim is in a vegetative state after falling gravely ill following heart surgery.

According to Shukan Gendai, Kim visited a rural area earlier this month and collapsed, clutching his chest. Kim reportedly required a stent procedure, which inserts a tube into the heart to keep blood flowing freely, following the incident. Shukan Gendai also said the surgeon in charge of Kim’s operation was not familiar with dealing with obese patients and was “too nervous during the operation, leading to delays that left Kim in a ‘vegetative state.’”

On Friday, Reuters reported that China has sent a team to North Korea — including medical experts — to advise on Kim, according to three people familiar with the situation.

A delegation led by a senior member of the Chinese Communist Party’s International Liaison Department left Beijing for North Korea on Thursday, two of the people said. The department is the main Chinese body dealing with neighbouring North Korea.

Meanwhile, CNN reported that a website specializing in North Korean affairs published satellite images on Saturday “that researchers said show a train ‘probably belonging to Kim Jong Un’ has been parked at a railway station serving Kim’s luxurious Wonsan compound on the country’s eastern coast since at least April 21.”

The presence of the train does not prove DPRK leader is at the Wonsan compound but “does lend weight” to reports he is staying in the area, according to the article published by 38 North, which publishes analysis on North Korean affairs and is a project of the Henry L. Stimson Center, a Washington, D.C.-based think tank.

Kim also reportedly expressed his appreciation on Monday to workers building a tourism zone in the same region of North Korea where his train has been spotted.

“Respected Supreme Leader Kim Jong Un has sent his thanks to the workers and officials at the construction site of the Wonsan-Kalma tourist resort,” a newsreader said on the Korean Central Broadcasting Station.

Previous: No evidence that 5G radiation is harmful to human health, experts say
Next: The Standard for Reopening States is Rigged