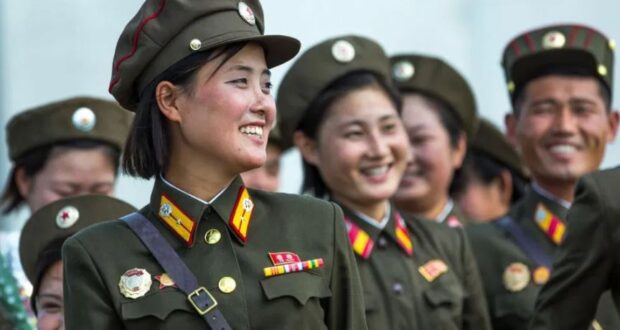 Thursday, June 25, 2020, marks the 70th anniversary of the outbreak of one of the world’s cruelest and deadliest post-war conflicts, the Korean War.

In South Korea, there were no parades and little flag waving, for June 25 is a tragic date that does not merit celebration. It marks the 1950 North Korean invasion that initiated a vortex of carnage which would suck in troops from across the world, including the US and China, and leave the peninsula scattered with perhaps two million corpses

Today,147 sets of South Korean war remains returned from DNA testing at a US base in Hawaii to a ceremony attended by President Moon Jae-in. Veterans visited cemeteries, and museums held special exhibitions.

The day’s TV news was dominated by grainy wartime footage of combat along rugged hills and ridges, of columns of refugees trudging through snowscapes and blazing villages, and of US bombers raining ruin upon North Korea.

Seven decades after it started, the war’s biggest legacy is its non-conclusion. Fighting was halted by armistice, not a peace treaty. Even that armistice was not signed by any South Korean. The country’s president was furious that the war had ended with the peninsula still divided, so boycotted it.

In the years since the guns stopped firing on July 27, 1953, there have been countless deadly incidents – from commando raids to ship seizures, from patrol boat clashes to artillery exchanges.

Broadly, however, the 1953 armistice has held. So is the nightmare scenario feasible: A full-scale resumption of the Korean War?

One South Korean who spent his entire career preparing for that eventuality says “Yes.”

“My view is that a premediated attack like the one in 1950 is not feasible for the foreseeable future on the Korean peninsula,” retired Lieutenant General Chun In-bum, 61, told Asia Times. “But an accidental escalation into major conflict is always a possibility.”

This creates risk, said Chun who formerly commanded the South’s elite Special Warfare Command. “Nowadays, their provocations and incidents are usually because, in my view, they want to talk,” he said. “It’s brinksmanship.”

There lies danger. If Pyongyang uses force to win attention, concessions or dialog, a military retaliation could be generated from the South Koreans.

“We have troops who are trained, but they have free will, and we can’t say, ‘Just shoot ten rounds if attacked,’” he said. “Every commander has the right to self defense, and that could easily escalate.”

He cited the November 2010 North Korean shelling of the Yellow Sea island of Yeongpyeong as one provocation that could have ignited the dreaded spiral of escalation.

Yeonpyeong is occupied by South Korean residents even though it lies just 12 kilometers off North Korea’s west coast in the Yellow Sea.

In 2010, after South Korean troops on the island conducted a live fire artillery exercise – albeit firing into open waters to the west, not towards the North Korean coast in the east – North Korea opened up with rocket artillery. Four South Koreans were killed and 19 wounded.

“Why did they fire?” wondered Chun. “The obvious reason is what they said – that South Koreans were shooting into their territory – but I believe the intent was to grasp at what they perceived as a division of public opinion within South Korea.”

In March 2010 a South Korean corvette, the Cheonan, had been sunk in the Yellow Sea, killing 46 sailors. Investigations subsequently pointed the finger at a torpedo attack by a North Korean mini-submarine.

However, significant segments of the South Korean public were unwilling to believe the investigation’s findings. This, Chun suggests, could have been perceived by the North as weakness to seize upon.

“They probably thought that by scaring the South Koreans by shelling the island they could get concessions,” Chun said. “That backfired.”

South Korea returned fire on the North Korean launchers with its own artillery. The situation teetered on the brink.

But Seoul did not escalate by launching aircraft.

“If we had sent up our aircraft, the North Koreans could have started firing missiles,” he said. South Korea’s main airport, Incheon International, is just 80 kilometers from the flashpoint island.

“Let’s say a civil airliner – a US airliner  – was shot down, killing 400 Americans,” Chun continued. “The North would probably think a US attack is imminent and the best thing to do is to strike first, obtain strategic objectives, then try to negotiate.”

But before such talks get underway, Armageddon could already be in motion.

“In that kind of situation, we have a full scale war, unwanted by both sides,” Chun said.

So far, however, that has not happened. Chun credits the UN Command – the small, US-led multinational military secretariat that oversees the armistice on South Korea’s side of the DMZ – with maintaining calm and curbing retaliation.

Still, there are other reasons why North Korea uses deadly force. The reason for the sinking of the Cheonan, Chun believes, was revenge.

In the flashpoint Yellow Sea crab fishing waters that cover a disputed maritime border, outdated North Korean patrol boats had suffered in a series of clashes with up-to-date South Korean vessels in the late 1990s and early 2000s.

“The North Koreans had been embarrassed as they might have twice the number of ships, but they weren’t worth shit against automated and faster South Korean ships,” Chun said.  “They don’t forget grudges.”

Given the colossal amount of pride and assets North Korea invests in its 1.1 million man military – almost twice the size of South Korea’s 600,000-man force, even though North Korea, with 25 million people, has just half the populace of the South, with 51 million – this is unsurprising.

“People are raised as soldiers, basically. Is their training very good? I don’t think so, but ten years [of conscript service] is a lot of indoctrination,” Chun said. “The entire country is run like a barracks.”

That approach dates back to 1962, when Pyongyang issued the “Four Great Military Lines.” They were:

1: “The entire country must become a fortress.” “It’s like an anthill,” said Chun, referring to vast underground complexes known to exist across the country, encompassing not just artillery pieces, but even air bases.

3: “The entire citizenry must be armed.” This policy means that, for example, a factory is organized and armed like a regiment, Chun explained. Should the call come to mobilize, workers would arm themselves and march off under the command of the factory manager.

4: “Cadre-ification of the military.” Borrowing from German practice, every rank had to be able to do the job of the rank above. A sergeant could take on a lieutenant’s duties, a lieutenant a captain’s, and so on.

But mass diversification of assets to the military sowed the seeds of failure. “This is what led to their downfall,” Chun said. “They invested everything in this.”

North Korea had in the postwar years been more prosperous than South Korea. By the late 1960s or early 1970s – economists differ over the exact year – it fell behind.

Smart officers realized what was happening and drew conclusions.

“North Korea was very wise. They knew that by the late 1980s early 1990s their conventional forces would be falling behind the quality of the South Koreans,” Chun said.

That process was accelerated by the fall of the USSR, under which North Korea lost preferential trade deals with the Eastern Bloc. To counterbalance the erosion of its main force’s effectiveness, Pyongyang invested its limited resources in an armory of niche asymmetric threats.

These include a 200,000-strong special forces arm, long-range artillery that can hit Seoul from casements dug deep into hillsides north of the DMZ, chemical and biological warheads,  rocket artillery that can reach anywhere in Korea, cyber troops and nuclear weapons along with delivery vehicles.

“They have the confidence to create provocations and they are very creative,” said Chun. “Cyber capability is more threatening to me than nuke weapons. Nukes would only be used to protect the regime but their cyber is being using right now to hack into bank accounts.”

And if one of their provocations spiraled into a real war, a dangerous confidence pervades North Korean thinking.

That could lead to over-confidence. Similar beliefs pervaded Imperial Japan, a nation that North Korea – with its god-like leadership, its heavily militarized society, its strident nationalism and sense of victimhood – closely resembles today, and which initiated war against the US despite the latter’s industrial might.

“The really frightening thing is that North Koreans think they can win,” Chun said. “The third-generation Kim may believe that, too.“

But virtually all North Korea’s attacks since 1953 have been small and fast, crafted to be either deniable or to de-escalate before South Korean and US forces can retaliate. Realistically, can North Korea, with its creaky economy, sustain longer-term, longer-range operations?

“I assume that the North Koreans have that ability to conduct coordinated operations,” Chun said. “They probably can’t sustain, but this is not a big country it is just 800 kilometers or less.”

These multiple risk factors point to the value of the South Korea-US alliance as a deterrent.

“North Korea thinks they can beat us,” said Chun. “If not for those foxy Americans.”