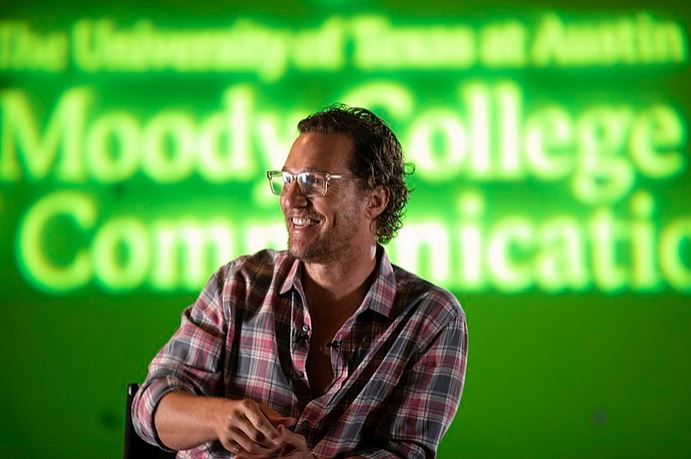 “You’re kind of center-right in the view of people,” Hewitt said. “You could be governor of Texas. Are you ever going to run for anything?”

“I don’t know,” McConaughey replied. He went on to offer the typical response A-list celebrities give before running for public office. “I mean, that wouldn’t be up to me. It would be up to the people more than it would me. I would say this. Look, politics seems to be a broken business to me right now. And when politics redefines its purpose, I could be a hell of a lot more interested.”

That may not be a yes, but it is certainly not a no.

The interview stayed away from policy, but the two discussed society’s decline as McConaughey’s primary motivation for a potential run.

“I want to get behind personal values to rebind our social contracts with each other as Americans, as people again,” McConaughey said.

He went on to say, “No matter what side of the aisle you’re on, or as I said earlier, denomination, we have broken those social contracts. We don’t trust each other, and that leads to us not trust in ourselves, which if that becomes, if that becomes epidemic, then we’ve got anarchy. So I’m all for the individual, and I think it’s for to make collective change that the individual needs to look in the mirror and say how can I be a little bit better today? How can I, how can this selfish decision I want to make for myself correlate and also be the decision that’s best for the most amount of people? There is a place where that decision lives all the time. It’s hard to get to, but there is a place to make the decision that’s best for ourself, but also be considerate of what that decision is for the most amount of people.”

If McConaughey were to run and win, he’d be following the lead of prior celebrities who ran successfully for statewide offices, such as Arnold Schwarzenegger, who served as governor of California, and Jesse Ventura in Minnesota.

On President Donald Trump, McConaughey said Americans should not have been surprised by the president’s triumphant 2016 victory.

“A lot of people I know on the far left were in denial after he became the president, and I remember saying ‘well look, regardless of his politics, in the very first, just the first question, what do we say in America is successful? What do we give credit and respect?’” McConaughey said. “Well, the top two things are money and fame, and I said, ‘guys, just on a very base level, Trump has those, so I don’t know why we should be so surprised that he got elected.”

One thought on “Is Matthew McConaughey Running for Texas Governor?”