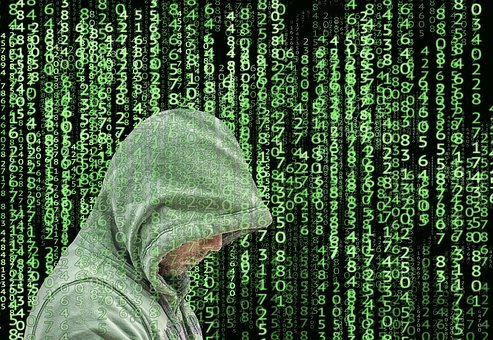 Hackers from China, Russia, and other countries are stealing massive amounts of money from the federal unemployment programs set up to help out-of-work Americans make it through the pandemic.

“The US has pumped billions of dollars into the unemployment system since the spring – a magnet for criminals that’s led to surging theft and fraud attacks. This has contributed to at least $36 billion being taken from out-of-work Americans,” reports CNBC.

According to the Office of the Inspector General for the Department of Labor, at least 10% of the $360 billion allocated for unemployment benefits by the CARES Act was lost to scammers.

Experts say that a majority of the attacks are conducted using identity theft. Hackers use real names and legitimate bank accounts to launder money online, making it difficult for officials to detect fraud and recover funds.

Mayowa, an engineering student in Nigeria who agreed to speak with reporters, says he’s made about $50,000 since the pandemic began. “It’s easy money,” he says.

The historic level of legitimate unemployment claims filed in 2020 combined with the emergence of money-transfer apps and states’ reliance on outdated equipment created a golden opportunity for hackers.

“States for years had prepared for low-level fraud, focusing on whether actual state residents filing for unemployment were telling the truth. The recent wave of imposter fraud – including from overseas – caught them off guard,” reports USA Today.

In some states, fraudulent claims account for up to 40% of new applications.

Washington was one of the first states to be hacked, losing $600 million from unemployment funds during the first two weeks of enhanced benefits offered by the CARES Act.

“When you consider the policy factors accelerating benefits and getting them to the neediest people and the expanded $600 available…we had the perfect storm, says Suzi LeVine, a former Obama official who leads Washington’s unemployment system. “They have been lying in wait for this moment.”

Since March, Washington has identified 122,000 fraudulent claims and has recovered $357 million in stolen funds.

States have been slow to respond to the attack, in some cases taking six months or longer to implement new identification verification systems.

“These fraudsters are like velociraptors,” says Michele Evermore, a policy analyst at the National Employment Law Project. “Once they find one piece of the gate is mended, they’ll move on to another part to attack.”

Fraud has been detected in all 50 states. Here are a few states that agreed to share their numbers:

The most recent COVID relief bill addresses this issue by requiring states to implement enhanced security for the unemployment application process, but it may be too late in the game to make a difference.