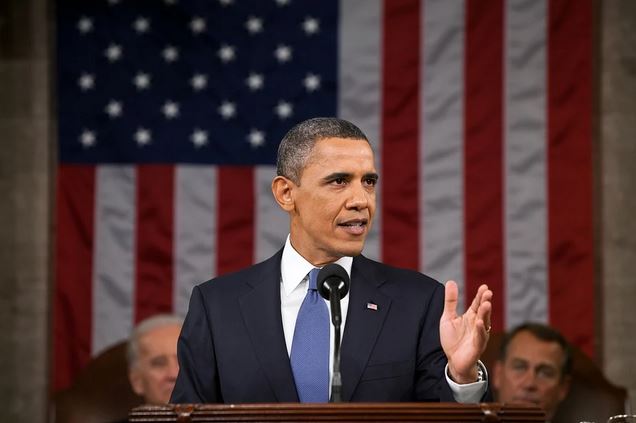 Former President Barack Obama says he once broke the nose of basketball teammate for calling him a racial slur.

In a new podcast called “Renegades: Born in the USA” with musician Bruce Springsteen, Obama told the story.

“Listen, when I was in school, I had a friend. We played basketball together,” Obama said. “And one time we got into a fight and he called me a c**n. Now, first of all, ain’t no c**ns in Hawaii, right?”

“It’s one of those things that — where he might not even known what a c**n was — what he knew was, ‘I can hurt you by saying this,’” Obama said.

“And I remember I popped him in the face and broke his nose. And we were in the locker room… I explained to him — I said, ‘Don’t you ever call me something like that.’”

Obama also mentioned the incident briefly in his 1995 memoir “Dreams of My Father.”  But this is the first time he’s spoken about the incident publicly.

“My mind would run down a ledger of slights: the first boy, in seventh grade, who called me a c–n; his tears of surprise — ‘why’dya do that?’ — when I gave him a bloody nose,” the memoir reads.

He is not the only politician to add to a story as time passes.

This week, President Joe Biden recalled a story he told years ago. He claims he was “shot at” overseas.

“You have great personal courage. I’ve been with some of you when we’ve been shot at,” Biden said in a short address to State Department employees.

In 2007, Biden walked back on a similar claim he made during the Democratic presidential debate.  He said he was “shot at” inside Baghdad’s fortified Green Zone. “Let’s start telling the truth,” he said at the debate. “Number one, you take all the troops out — you better have helicopters ready to take those 3,000 civilians inside the Green Zone, where I have been seven times and shot at. You better make sure you have protection for them, or let them die, number one.”

But later, Biden said “I was near where a shot landed.”

11 thoughts on “Why Barack Obama Broke This Boy’s Nose”