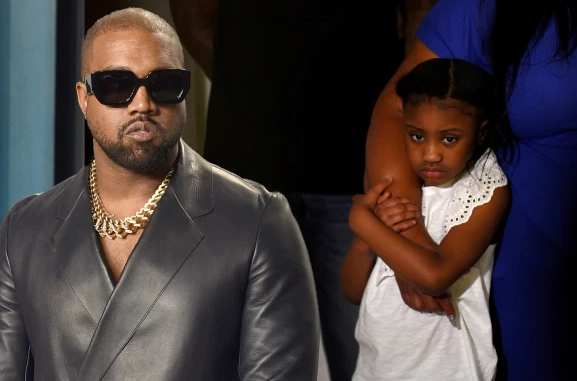 The hip-hop legend has made contributions to several pro-Black Lives Matter organizations and charities following the spread of protests in favor of the movement.

A representative for West, 42, confirmed to Fox News that the rapper has established a college fund for the 6-year-old daughter of George Floyd, Giana. Floyd was one of the African-American citizens whose recent deaths have sparked the protests.

Floyd died while in police custody in Minneapolis, Minn., when Derek Chauvin, a police officer, knelt on Floyd’s neck for nearly minutes while he gasped for air and pleaded for his life.

West’s reps also confirmed to Variety that he has donated $2 million to various charities associated with Floyd, as well as Ahmaud Arbery, Breonna Taylor — also African-American citizens that have died in incidents assumed to be racially-motivated.

People get down on their knee during a protest over the death of George Floyd in Chicago, Saturday, May 30, 2020. Protests were held throughout the country over the death of Floyd, a black man who died after being restrained by Minneapolis police officers on May 25. (AP Photo/Nam Y. Huh)

Additionally, the rapper has pledged to pay legal costs for the families of Arbery and Taylor and will make financial contributions to Black-owned businesses in his hometown of Chicago.

USA Today reporter Grace Hauck also tweeted on Thursday that West was spotted at a “Justice for George Floyd/CPD out of CPS” rally in Chicago after he spoke with organizers of the event.

Protests in favor of the Black Lives Matter movement have spread across the globe since Floyd’s May 25 death.