Liberals and Conservatives Think Differently – Here are the Details 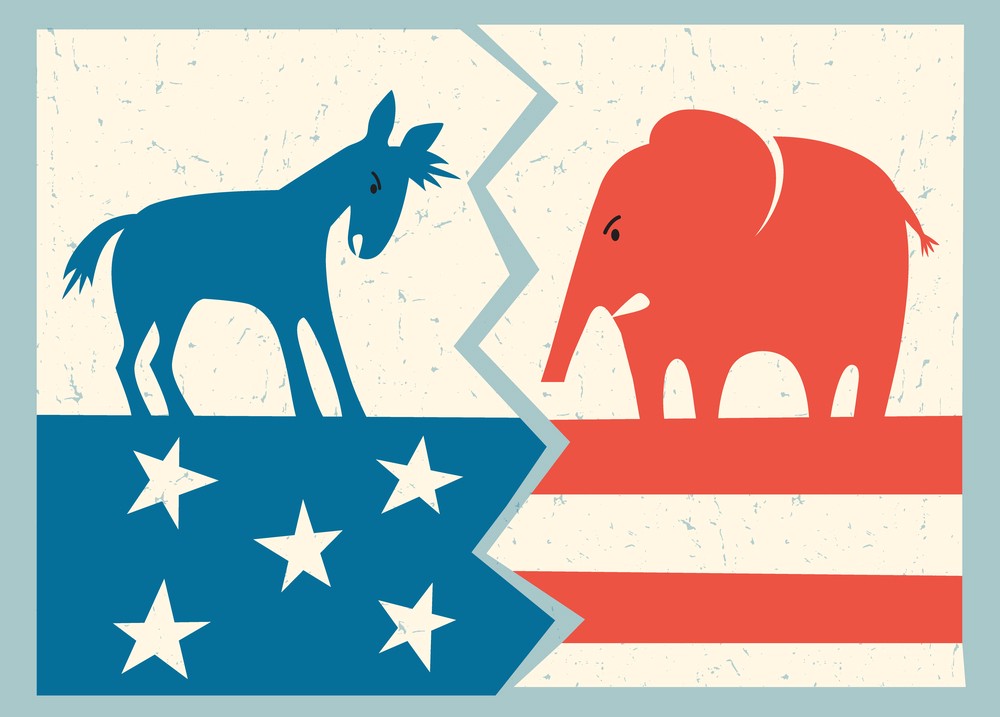 “Follow the money.” As a young journalist on the political left, I often heeded this well-worn advice. If conservatives were denying the science of global warming, I figured, big fossil-fuel companies must be behind it. After all, that was the story with the tobacco industry and the dangers of smoking. Why not here?

And so I covered the attacks on the established scientific knowledge on climate change, evolution and many more issues as a kind of search for the wealthy bad guys behind the curtain. Like many in Washington, I tended to assume that political differences are either about contrasting philosophies or, more cynically, about money and special interests.

There’s just one problem: Mounting scientific evidence suggests that this is a pretty limited way of understanding what divides us. And at a time of unprecedented polarization in America, we need a more convincing explanation for the staggering irrationality of our politics. Especially since we’re now split not just over what we ought to do politically but also over what we consider to be true.

Liberals and conservatives have access to the same information, yet they hold wildly incompatible views on issues ranging from global warming to whether the president was born in the United States to whether his stimulus package created any jobs. But it’s not just that: Partisanship creates stunning intellectual contortions and inconsistencies. Republicans today can denounce a health-care reform plan that’s pretty similar to one passed in Massachusetts by a Republican — and the only apparent reason is that this one came from a Democrat.

Perhaps most important, liberals consistently score higher on a personality measure called “openness to experience,” one of the “Big Five” personality traits, which are easily assessed through standard questionnaires. That means liberals tend to be the kind of people who want to try new things, including new music, books, restaurants and vacation spots — and new ideas.

Conservatives, in contrast, tend to be less open — less exploratory, less in need of change — and more “conscientious,” a trait that indicates they appreciate order and structure in their lives. This gels nicely with the standard definition of conservatism as resistance to change — in the famous words of William F. Buckley Jr., a desire to stand “athwart history, yelling ‘Stop!’ ”

I call myself a liberal, so this description of openness resonates with me. But I think it’s vital for everyone to understand, and it needn’t be seen as threatening or a put-down; it seems to be part of the nature of politics.

We see the consequences of liberal openness and conservative conscientiousness everywhere — and especially in the political battle over facts. Liberal irrationalities tend toward the sudden, new and trendy, such as, say, subscribing to the now largely discredited idea that childhood vaccines cause autism. This assertion was tailor-made for plucking liberal heartstrings, activating a deeply felt need to protect children from harm, especially harm allegedly caused by big, rich drug companies.

But the claims about vaccine risks happened to be factually wrong. And how do we know? Scientists — who themselves lean liberal — debunked them. Over time, so did many other liberals. And in significant measure, it worked: There are still many people who cling to this inaccurate belief, but it is much, much harder these days to defend it, especially in the news media.

Compare this with a different irrationality: refusing to admit that humans are a product of evolution, a chief point of denial for the religious right. In a recent poll, just 43 percent of tea party adherents accepted the established science here. Yet unlike the vaccine issue, this denial is anything but new and trendy; it is well over 100 years old. The state of Tennessee is even hearkening back to the days of the Scopes “Monkey” Trial, more than 85 years ago. It just passed a bill that will weaken the teaching of evolution.

Such are some of the probable consequences of openness, or the lack thereof.

Now consider another related trait implicated in our divide over reality: the “need for cognitive closure.” This describes discomfort with uncertainty and a desire to resolve it into a firm belief. Someone with a high need for closure tends to seize on a piece of information that dispels doubt or ambiguity, and then freeze, refusing to consider new information. Those who have this trait can also be expected to spend less time processing information than those who are driven by different motivations, such as achieving accuracy.

A number of studies show that conservatives tend to have a greater need for closure than do liberals, which is precisely what you would expect in light of the strong relationship between liberalism and openness. “The finding is very robust,” explained Arie Kruglanski, a University of Maryland psychologist who has pioneered research in this area and worked to develop a scale for measuring the need for closure.

The trait is assessed based on responses to survey statements such as “I dislike questions which could be answered in many different ways” and “In most social conflicts, I can easily see which side is right and which is wrong.”

Anti-evolutionists have been found to score higher on the need for closure. And in the global-warming debate, tea party followers not only strongly deny the science but also tend to say that they “do not need any more information” about the issue.

I’m not saying that liberals have a monopoly on truth. Of course not. They aren’t always right; but when they’re wrong, they are wrong differently.

When you combine key psychological traits with divergent streams of information from the left and the right, you get a world where there is no truth that we all agree upon. We wield different facts, and hold them close, because we truly experience things differently.

The political psychological divide goes beyond science. Factual disputes over many issues feature the same dynamics: Does the health-care reform law contain “death panels”? Did the stimulus package create any jobs? Even American history is up for debate: Did the founders intend this to be a Christian nation?

However, there only is one reality — and we don’t get to discount it forever. And liberal-conservative differences are part of reality, too; inescapable, and increasingly difficult to deny.