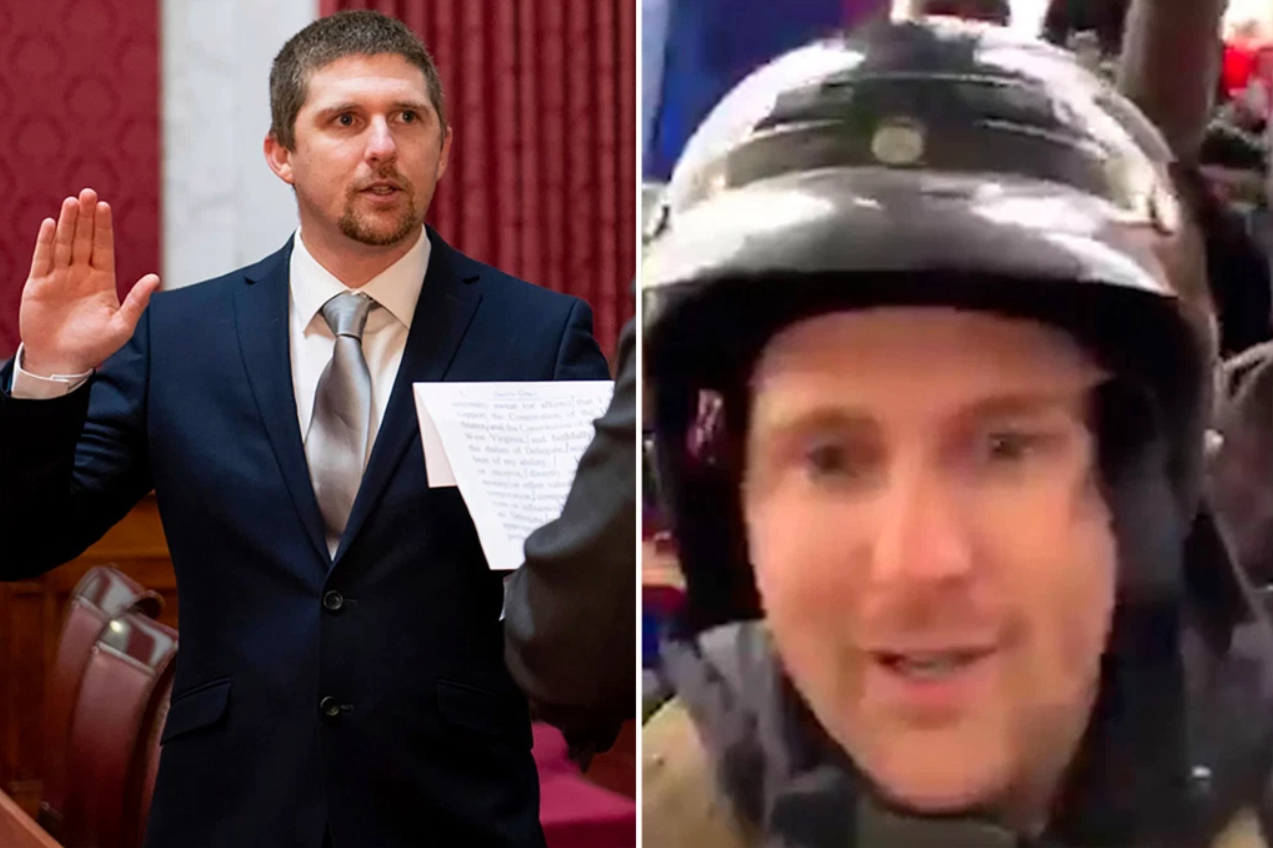 A West Virginia state lawmaker has been charged with entering a restricted area of the U.S. Capitol after he livestreamed himself rushing into the building with a mob of pro-Trump supporters, the Justice Department announced Friday.

Ken Kohl, a top deputy federal prosecutor in Washington, announced the charge against Republican state Del. Derrick Evans on a call in which he presented dozens of new charges against members of the crowd that violently stormed the Capitol on Wednesday.

His lawyer, John Bryan, said he hadn’t seen the complaint against Evans and couldn’t comment. He did not say if Evans had been taken into custody, but television station WSAZ posted a video on Twitter showing FBI agents escorting the handcuffed lawmaker from a home.

Legislators from at least seven other states traveled to Washington, D.C., to support President Donald Trump and demonstrate against the counting of electoral votes confirming Democrat Joe Biden’s victory. It’s unknown if any other elected official joined the attack on the Capitol.

A growing number of Republicans and Democrats said they want to expel Evans from the legislature if he does not resign. Bryan said late Thursday that the delegate did not commit a crime and doesn’t plan to resign.

In his now-deleted video, widely shared online, Evans is clamoring inside a jampacked Capitol building doorway, trying with others to push his way inside. He hollers along with other Trump loyalists and fist-bumps a law enforcement officer who let them in.

76 thoughts on “Republican Lawmaker Arrested for Entering Capitol with Rioters”