Home » Exercise & Fitness » Hate exercise? It could be genetic 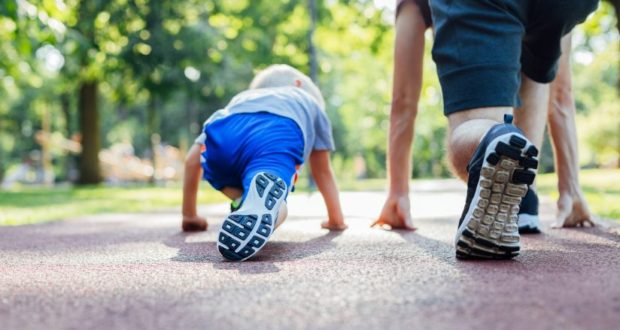 Hate exercise? It could be genetic

If the thought of hopping on a treadmill strikes you with dread, you might have your genes to blame, researchers say.

A 2014 study showed that an appreciation for running was likely genetic. Researchers studied two groups of rats — low- and high-performing runners — to see how well their offspring ran. They found that the offspring’s fondness for running was consistent with that of their parents. Later generations of high-performing runners ran 10 times faster than the halfhearted group.

When it comes to exercise, there’s a lot that happens not only in the body but also in the brain, according to exercise science researcher Lorraine Turcotte, a professor of biological sciences at the USC Dornsife College of Letters, Arts and Sciences. For some people, exercise just feels bad.

“Either it’s in the brain or it’s something biochemical in the muscle,” she said. “Something is different.”

For example, in that 2014 study, the avid runners had a more active nucleus accumbens. That’s the brain’s pleasure and reward center and the hub for neurotransmitters such as dopamine and serotonin, which make us feel good. When the avid runners ran, that portion of the brain lit up with activity. That didn’t happen in the lazy group.

How much should I exercise?

On a weekly basis, adults should get at least 2 1/2 hours of moderate-intensity exercise and do strength training at least two days a week. Kids ages 6 to 17 years old should work out for an hour a day, including cardio and strength training.

On average, kids spend more than seven hours a day in front of screen — be it a phone, TV or computer.

Turcotte is studying the muscles of avid runners and less-active runners to look for differences at the mitochondrial level. These differences would affect metabolism. Findings could add to the conversation about links between genetics and exercise.

Maybe endorphins are why you hate exercise

There’s also research that shows endorphins — which sometimes trigger euphoria after aerobic exercise — are fickle, Turcotte said. Some people never get a “runner’s high” from working out. And some people get an endorphin rush from less-active pursuits, like nerding out on scientific research, she added.

“There are a lot of things people prefer to do in life due to the release of endorphins,” she said. “Your passion is your chemistry.”

Christina M. Dieli-Conwright, a biokinesiology researcher at USC, recruits subjects for her exercise studies and often has participants who dislike working out. She remembered one in particular: “She asked me at one point, ‘I heard people get this high or rush after exercise and was wondering when that happens for me because I’ve never felt that.’”

But, she added, some reluctant exercisers find external motivators, like the promise of boosting their overall health, to keep them going.

“They might exercise because they were told to do so by a physician,” she said. “They feel an obligation.”

There are also cultural factors to consider. Latinos, for example, are less likely to exercise than non-Latino whites, Dieli-Conwright said.

We’ve met some minority populations … where exercise isn’t a part of their culture, is not as culturally accepted.

“We’ve met some minority populations who have been truly sedentary throughout their lifetimes,” she said. Exercise isn’t as culturally accepted, she explained. People in certain groups tend to dislike the side effects of exercise, like muscle pain.

Some of that could be genetic or it could be environmental, she said. After all, her own mother — of Mexican descent — used to take her along to the gym with her.

And it’s possible that people can override their genes, research shows.

In the study of low- and high-performing runners, when the lazy group had to run two miles over the course of six days, their brains changed. They didn’t morph into speedsters, but their neural pathways improved.

Children, whose brains are growing, could possibly override their genetics by exercising and improving neural pathways, which could prime their reward center to fire, one of the researchers opined.

If you hate exercise, find other motivation

While these studies are focused on running, it could be that some other type of exercise might motivate you, USC experts pointed out. If jogging isn’t your jam, maybe it’s Zumba.

There may be other ways to motivate yourself, too: to lose weight, spend time with a pet or catch up with a friend during walks in the park.

And if you don’t love working out, it might be smart to start slow with light walking. A small study showed that people with depressive symptoms enjoyed the benefits of light exercise a year later, indicating it made them happier, more so than a group who did moderate-intensity exercise.

In the end, Dieli-Conwright said, it’s not just our genetics that keep us from working out. The most cited reason for skipping the gym? Time.

Previous: Scientists Say This Is the Age When You Officially Become an Adult
Next: New interactive map shows how light pollution affects your hometown.