Home » Exercise & Fitness » CBD to cure the common cold? Experts are split on its powers. 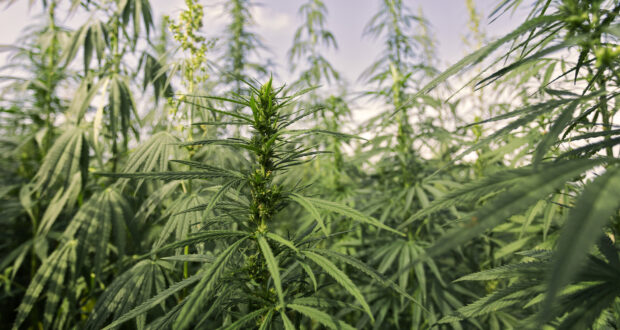 CBD to cure the common cold? Experts are split on its powers.

With cold and flu season picking up, some CBD companies are advertising their products as immune system-boosters — although the science behind the claim is shaky.

CBD, short for cannibidiol, is one of the many compounds found in the cannabis plant. Unlike THC, the active ingredient in marijuana that makes a user feel high, CBD is not psychoactive. When derived from hemp, the marijuana plant’s mild cousin, it’s legal.

But the booming CBD market is still experimental, and the FDA has not approved the compound as an additive in food and drinks. For now, there are few regulations, and evidence of its healing power remains largely anecdotal.

“Around cold and flu season, it should be a supplement,” Clifton told NJ Cannabis Insider. “You are already in a good place to not get as sick once you get an exposure to the virus.”

She said the compound can affect the amount of interleukins (a glycoprotein that regulates the immune system) the body creates. Those are responsible for symptoms such as fever and body aches.

The FDA has already cracked down on several companies for making unfounded health claims, mostly around cancer. Still, Clifton said CBD is likely more than just a passing craze when it comes to recovery, and she believes the treatment will stick around as a supplement.

“If you’re doing cold and flu [treatment], if you’re doing heavy exertion at the gym, you can put CBD in that situation and it’ll just be next to your Advil,” she said.

Other research shows there’s actually evidence, albeit limited, that THC and CBD can suppress immune function. Barbara Kaplan, a science professor at Mississippi State University who has studied which cannabinoid compounds can alter immune function, said current research shows CBD can be immunosuppressive in animals. There’s less data on human cells, and she cautioned about drawing conclusions about the compound.

“There just aren’t the studies out there to support either the health benefits or the risks for someone’s immunity,” said Kaplan. “We are still struggling as scientists to get more info about how these things work.”

The health claims aren’t new: 10 years ago, Robert Melamede, the former chair of the biology department at the University of Colorado Boulder, said he believed cannabis-based treatments could cut the number of influenza deaths.

Controlled studies for Epidiolex, an FDA-approved CBD drug used to treat epilepsy, have given researchers more information about the cannabinoid’s actual effect and placebo. But other researchers say there’s still much work to be done.

“The exposures have outpaced what we know about the science in this case,” Kaplan said.